Merlin Films is a leading independent Irish film production company, which was founded in 1989. Its directors are Kieran Corrigan, one of Ireland’s leading film producers, and John Boorman, the renowned film director. Based in Dublin and with offices in London, Merlin Films has been involved in the production of numerous major feature films for international markets since its inception.

Recent films include Supervized (2018), starring Tom Berenger and Beau Bridges and directed by Steve Barron, and We Have Always Lived in the Castle (2017), developed by Michael Douglas’s production company and starring Crispin Glover, Alexandra Daddario and Sebastian Stan. 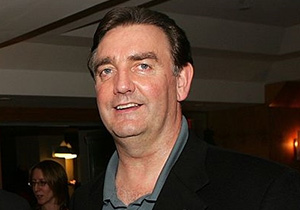 Kieran established, in conjunction with Roger Corman, film studios in Galway, Ireland, in which was produced a significant number of films and which was responsible for training a large number of individuals who now form a significant core element of the Irish film industry.

Recent projects include production services on the upcoming mystery-thriller film We Have Always Lived in The Castle, filmed in Ireland, and pre-production for Steve Barron’s superhero comedy Supervized.

John Boorman, one of the world’s leading film directors, is a founding member of Merlin Films. He is widely recognised as one of the great directors of his generation and has also produced a number of major feature films.

One of John’s first projects as director, Point Blank (1967), a powerful interpretation of a Richard Stark novel, brought a stranger’s vision to the decaying fortress of Alcatraz and the proto- hippy world of San Francisco.

After “Point Blank”, John re-teamed with Lee Marvin and Toshiro Mifune for Hell in the Pacific (1968), which tells a fable story of two representative soldiers stranded together on an island. Returning to the UK, John made Leo the Last (1970). This film earned John a Best Director award at Cannes.

John’s 1974 sci-fi film, Zardoz starred Sean Connery and earned John wide recognition for its innovation and futuristic theme. In 1977, John directed The Exorcist II The Heretic, the sequel to The Exorcist.

In Excalibur (1981), a long-held dream project of John’s was borne out. This is well-remembered as a mythical film and one of the very few “true” retellings of the Arthurian legend and tragedy. The production was based in the Republic of Ireland. The film was highly successful and received widespread critical acclaim, together with a further Oscar nomination.

Hope and Glory (1987) is his most autobiographical movie to date, a retelling of his childhood in London during The Blitz. The film proved a Box Office hit, receiving numerous Oscar, BAFTA and Golden Globe nominations.

John went on to direct Beyond Rangoon (1995) and The Tailor of Panama (2000), both of which explore the plight of alien characters stranded in unique worlds.

John won the Best Director Award at the 1998 Cannes Film Festival for The General (1998), his black-and-white biopic of notorious Dublin criminal Martin Cahill.

The Tiger’s Tail (2006), was set in contemporary Ireland and featured Brendan Gleeson and Kim Cattrell in starring roles.

John’s most recent work, Queen and Country (2014), was a sequel to his 1987 film Hope and Glory. It was screened at the Directors’ Fortnight section of the 2014 Cannes Film Festival.

John lives in Wicklow, Ireland and continues to direct. In February 2010, John was awarded a Lifetime Achievement Award by the Irish Film and Television Awards for his invaluable contribution to Irish film and cinema.